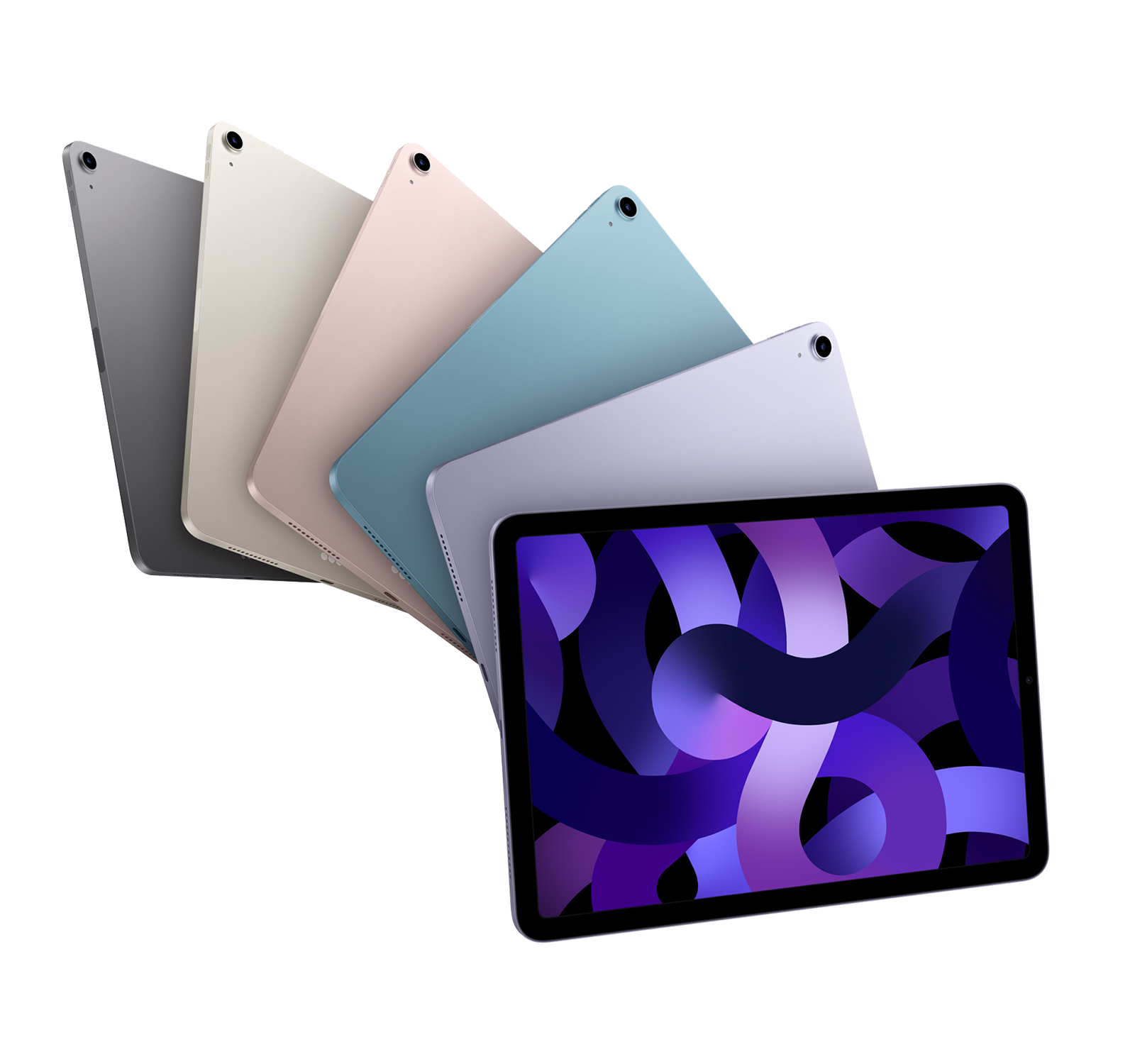 The 2022 10.9-inch iPad Air 5 is a powerful step up from its predecessor. It comes primed and ready with an M1 system-on-chip, the same Apple Silicon that powers certain Macs, including the latest 24-inch Mac. The new iPad Air 5 is a powerhouse of a tablet, while remaining lightweight and affordable. Together with an all-screen Liquid Retina Display complete with Touch ID and a slick set of dazzling new hues, you get a svelte new way to conduct business or engage in play on the go.

Apple has improved its 10.9-inch Air 5 significantly from the previous version. The design remains similar to earlier models, but inside is an M1 chip with 8 CPU cores to offer a 60 percent boost to performance, and 8 GPU cores to bolster its graphical capabilities. Its True Tone- and ProMotion-enabled Liquid Retina XDR display features over 10,000 mini LEDs arranged into 2,596 local dimming zones. The result is an eye-popping contrast ratio that's capable of faithfully rendering the deepest of blacks and glimmering highlights.

Also new for 2022 is 5G connectivity on cellular models, an Ultra Wide 12-megapixel camera with Center Stage Support, and 2x faster USB-C port with data transfers up to

Buyers can enjoy perks at Apple resellers as well, from a sales tax refund in qualifying states with the B&H Payboo Card to 5% off with the Adorama Edge Card.

The new 2022 iPad Air 5 is peak Apple. It's incredibly fast, comes in fun new colors, and has great cameras. But its woeful storage options have much to be desired.